Worried about fitting into your Tenerife N.Y. Eve outfit? La Laguna has the answer!

Worried about fitting into your N.Y. Eve outfit? La Laguna may have the answer!

Have you over-indulged during the festive season? Are you worried at the prospect of fitting into that snazzy new dress or suit that you purchased especially for your big New Year’s Eve night out. You’re not alone! But ‘La Laguna’ in the north of Tenerife might just have the solution.

On New Year’s Eve at 6.00pm, the city hosts its 38th annual ‘San Silvestre Lagunera’ race. This street race covers a modest 5.7km and follows the main streets around San Cristobal de La Laguna, starting and finishing in Plaza de la Concepción.  With an €8 entry fee, the race has a strict limit of 3,500 participants, which unfortunately has already sold out for 2019. 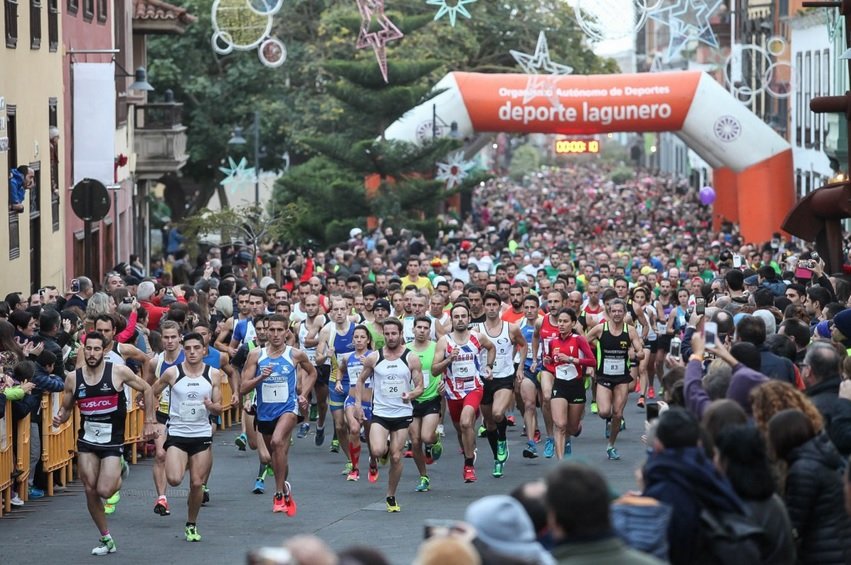 Last year’s winning time was 17 minutes 1 second. The last stragglers crossed the finish line in a little over 55 minutes, which led many to suspect that they must have stopped off en-route for a cheeky ‘Garimba’ (small beer / caña).

The event attracts as many spectators as participants, which brings a fun atmosphere to a city already brimming over with culture and ambience.