Covid-19 and the Tenerife Property Market 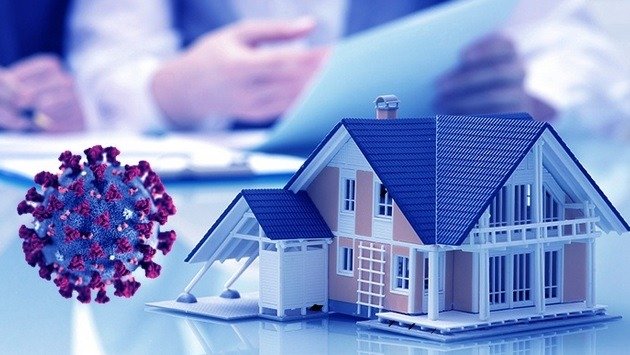 Unless you have been living in a cave or have recently come out of a coma, it is a fair certainty that each and every one of us has been directly affected by the Covid-19 pandemic in one way or another. For those of us living and working in Tenerife, the effect has been particularly pronounced. This is hardly a revelation, given that the island’s main industry is tourism and tourist numbers have dropped by an estimated 80% since April 2020.

Another major factor in Tenerife is the particularly large number of non-resident holiday-home owners, who make a substantial contribution to the local economy, but have struggled to visit the island since March 2020 due to lockdowns, self-isolation, travel restrictions, financial uncertainty or just plain fear.

For employers and employees in Tenerife, the effect of the Covid-19 pandemic has been, to an extent, limited or postponed, due to the ERTE Furlough schemes in place, under which employees out of work as a direct result of the reduction in tourism numbers (i.e. primarily in the tourist and hospitality industries), have continued to receive 70% of their wages from the government and will continue to do so well into 2021. Many have also received relief from other payments (e.g. mortgage and finance payment holidays, rent concessions from landlords, court protection against residential evictions etc etc).

However, we are unlikely to know the real impact of the Covid-19 pandemic until tourism returns and all of the above supports, tax breaks and benefits come to a screeching halt. So the true economic effects of the pandemic won’t really be revealed until the end of 2021 or early 2022.

On the surface, it is easy to paint a negative picture out of the current situation. However, as we saw during the last economic crisis in 2008, what appears to be a disaster on the surface often has surprisingly positive effects for the long-term economy as a whole. By the time the last crisis hit, Tenerife was awash with substandard bars, restaurants, workmen etc, most of whom had managed to eek out a living even with an inferior product or shoddy service. The 2008 crisis had the unexpected effect of clearing out a lot of the dead wood. Most businesses that survived and continued to thrive by 2010 were generally of a higher calibre, or learned to work smarter and give their customers more of what they really wanted.

As for the property market, there has been a notable downturn in property sales throughout 2020 and continuing into 2021. This is hardly surprising, given that potential buyers typically haven’t been able to fly over to look at properties or to complete pending purchases, or are holding fire on potential purchases due to economic and travel uncertainties. For UK buyers, Brexit has undoubtedly increased such uncertainty, given the default changes to residential requirements since 1st January 2021 (see HERE for more info).

Surprisingly however, prices in the Tenerife Property market have remained surprisingly buoyant during 2020. As was experienced during the last crisis, the most popular properties (e.g. luxury villas, frontline apartments etc) continue to command high prices with little or no drop in market value since March 2020, primarily due to their limited availability. Discounts and reductions are however more common now on less in-demand properties such as fixer-uppers, out-of-town or rustic properties. A lack of property market movement also causes an inevitable backlog of ‘motivated sale’ properties waiting to be shifted (e.g. sales following a divorce or a death), all of which can present a mouth-watering option for bargain-hunters. For cash buyers who are able to travel to Tenerife in the coming weeks, there is perhaps no better time to snap up a property bargain, before the hordes return this summer.

Another interesting trend we are seeing is an increase in enquiries from foreigners now working remotely from home, who have decided that they can just as easily carry out their work from an apartment or villa in sunny Tenerife, rather than in the cold and grey of northern Europe. Whilst many such migrant workers may test the water by renting in the first instance, it is clear that a substantial number are looking to make a permanent move and invest in property in Tenerife, particularly when the island is shifting towards a ‘buyer’s market’.

Overall, many estate agents are reporting a substantial increase in enquiries and website traffic over the past few weeks, now that most countries in Europe are envisaging an easing of Covid travel restrictions in the coming weeks and months. Save for any major negative change in the course of the pandemic, it appears that nearly all of Tenerife’s typical tourists will be free to visit and enjoy the island by Summer 2021. Unsurprisingly, Tenerife continues to feature top of the most searched-for holiday destinations on popular travel sites. Whilst nobody expects tourist numbers to immediately bounce back to the heady highs seen in 2018 and 2019, it seems certain that Tenerife will enjoy healthy tourist numbers during the second half of 2021 and into 2022.