On the La Palma Cigar Trail 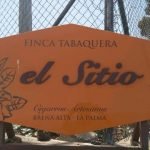 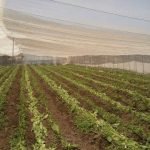 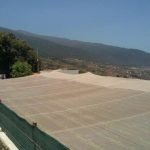 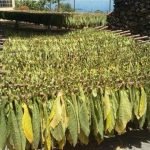 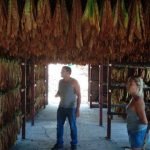 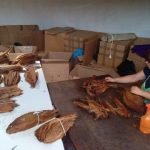 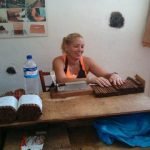 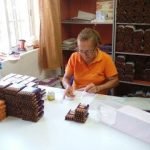 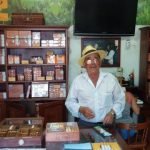 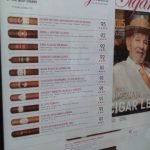 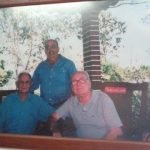 
No quest for the world’s best cigars is complete without a trip to the little island of La Palma in the Canary Islands, Spain. This lush and relatively undeveloped island of only 706 square kilometres is located in the north-west of the Canary Islands archipelago, Spain, 430 kilometres west of the coast of Western Sahara in Africa. The enviable climate and fertile soil make the island perfectly suited for the cultivation of tobacco.

At the end of a small residential cul-de-sac located in the East coast hills of Breña Alta lies one of La Palma’s hidden treasures – ‘Finca Tabaquera El Sitio’, a self-contained farm, consisting of a tobacco plantation, cigar factory and retail shop owned and run by Antonio Gonzalez and family. Although operating in La Palma for generations, production was only moved to the current finca location in 2002.

The finca consists of over 25,000 square metres of tobacco fields, storage and drying sheds, sorting/classification room, leaf-selection and preparation room and most importantly, the rolling room.

The finca currently produces two brands of cigar – ‘El Sitio’ and ‘El Lugar’. According to Antonio, ‘El Sitio’ cigars are unique in consisting purely of Canarian Tobacco grown exclusively in the fields at Finca Tabaquera. Antonio proudly explains how the ‘El Sitio’ product has uniquely perfected the art of the outer wrapper (Capa) using a special type of Canarian tobacco leaf that is rolled inside-out.

According to Antonio, Finca Tabaquera El Sitio is last remaining commercial cigar producer in La Palma to use 100% Canarian Tobacco to make the entire cigar, which consists of 3 different types of leaves, namely the Tripa (Central Filler) Capote (Secondary Binder) and Capa (outer wrapper). Due to adverse economic factors, most Canarian cigar producers now tend to use varying blends of Canarian, Cuban, Dominican and Philippine tobaccos.

With a cigar permanently attached to his lips, Antonio explains the current situation with Canarian tobacco. “Historically, much more Cuban and Canarian tobacco was used, the former being consistently the best tobacco in the world by some margin” explains Antonio, “but due to the ever-increasing demand for Cuban cigars plus the increased tariffs and production costs for Canarian tobacco since entry to the European Common Market in the 1980’s, Cuban tobacco is increasingly difficult to obtain in substantial quantities, whilst Canarian tobacco cannot easily compete with the cheaper and plentiful South American blends.”

Whilst the El Sitio range of cigars consist exclusively of Canarian tobacco leaves, the ‘El Lugar’ products use a blend of Canarian and South American tobacco. Antonio explains that this latter product was introduced several years ago following a visit from a representative of the ‘El Corte Ingles’ Department Store chain, who advised that there was also a large market for cigars made from blended international tobacco. Hence, the ‘El Lugar’ cigar also came into production.

Finca Tabueqera El Sitio employs up to 9 ‘Torcedores’ (Cigar Rollers) in the spring, their busiest time of the year. Although they make the process look easy, it takes each Torcedor many years to learn their trade and many of them consider that they never stop learning or improving their technique. These artisans roll the cigars totally by hand (‘totalmente a mano’), a process unique to Cuba and La Palma, the two industries having grown up side by side as a result of extensive two-way immigration over the past 2 centuries and the resulting strong cultural ties.

The cigar rolling process is a pleasure to watch. Rolling is conducted on wooden benches using the same simple wooden and metal tools that have been used for over a century. The Torcedores make the process look so easy but Antonio says that it takes years for the Torcedor to learn his or her craft.

Despite ever-increasing production costs, prices direct from the finca shop are surprisingly reasonable. El Sitio cigars range from approximately €4 – €8, whilst the El Lugar cigars range from approximately €2 – €6 each. The El Sitio range consists of 10 different cigars, ranging from the 12mm gauge ‘Capricho’ up to the 20.6mm ‘Piramide’. However, perhaps the most impressive is the 20mm ‘Churchill’ sold in a metal tube, which Antonio delightfully pronounces as “Choochi”.

For cigar lovers, no visit to La Palma is complete without a visit to this wonderful finca, a true testament to a bygone era. Antonio looks forward to welcoming you.

El Sitio’s website remains online despite the business having since closed:  https://finca-tabaquera-el-sitio.negocio.site/