LAST UPDATED:  10th February 2020
Given its beautiful weather, stunning scenery and relaxed vibe, it is no surprise that Tenerife has long been a popular destination for gay travellers. Homosexuality is legal in Spain, whilst the age of consent is 16. Whilst Gran Canaria has recently held the title of gay capital in the Canary Islands, the scene in Tenerife is rapidly growing and has designs on surpassing its established neighbour.
Puerto de la Cruz in the north of Tenerife remains the main gay hotspot on the island. The south of the island was catching up to a degree, although several gay or gay-owned bars and venues in the area have closed or relocated for various reasons. The gay scene took a further hit following the tragic incident in the Butterfly Club back in 2017 when the dancefloor collapsed, injuring over 40 people. However, the area still attracts a fair number of gay residents and tourists which, when viewed alongside other tourist attractions and the quality of hotels and facilities in general, the south arguably now surpasses the north as an overall destination for gay travellers.
We have divided this article into the 2 main zones:
Tenerife North – Puerto de la Cruz
Tenerife South – Playa de las Americas

For many years, this town has earned its title as the gay capital of Tenerife. However, the gay scene is fairly low-key and chilled-out to the point that many straight visitors woudn’t even notice it was there. The vibe is fairly relaxed and typically Spanish, so don’t expect anything to really get going until after midnight.
The gay scene centres around ‘Calle Blanco’ and ‘Avenida Familia de Betancourt y Molina’. Wandering through the little streets in the Old Town, you will come across several businesses flying a rainbow flag or displaying posters featuring gay events or attractions. The ambience is an eclectic mix of welcoming, relaxed and sophisticated.
Gay Bars and Clubs
For most of the gay bars and clubs, head to ‘Avenida Familia de Betancourt y Molina’ or to ‘Calle Blanco’, but don’t expect the area to really get going until nearer to 2.00am.  However, by 3.00am on a Friday or Saturday night, the scene is usually jumping. Popular haunts include Anderson Gay Pub & Show Bar, Sauna Babylon, Bar Habasco, Arena Gay Club, Tony Cruz Pub, Despanto Disco, Vinoteca con Pasión, La Fuente de Oro, Limbo and Color Cafe. 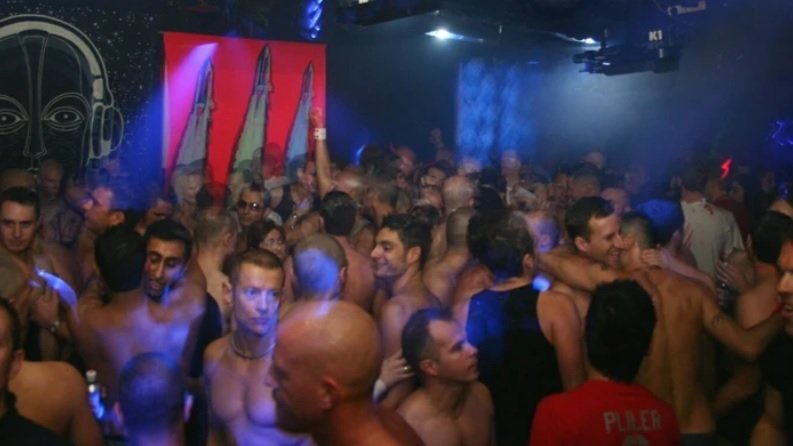 Gay Beaches
Located between Puerto de la Cruz and La Orotava are the beautiful black sand coves of Playa Bollullo. The first cove attracts many locals in general, but venture across the rocks to the more hidden Playa los Patos or further to Playa del Pozo and you will doubtless find naked cruisers in this lively beach scene. The coastal path from La Paz to Bollullo Beach (popularly known as the ‘Mountain of Love’ is a popular gay cruising spot. However, bear in mind that sex acts in public (or indeed nudity or exposure away from the designated Playa los Patos beach) are criminal offences and are likely to attract the unwanted attention of the local police. 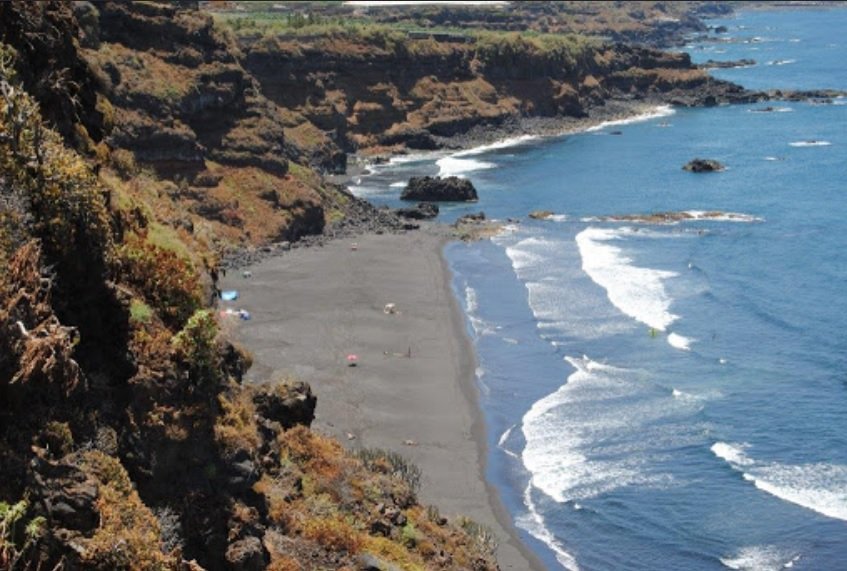 Gay sun worshippers also tend to head to the Lago Martiánez lagoon pool area, where there is an area popular for gay people-watching whilst catching some rays. 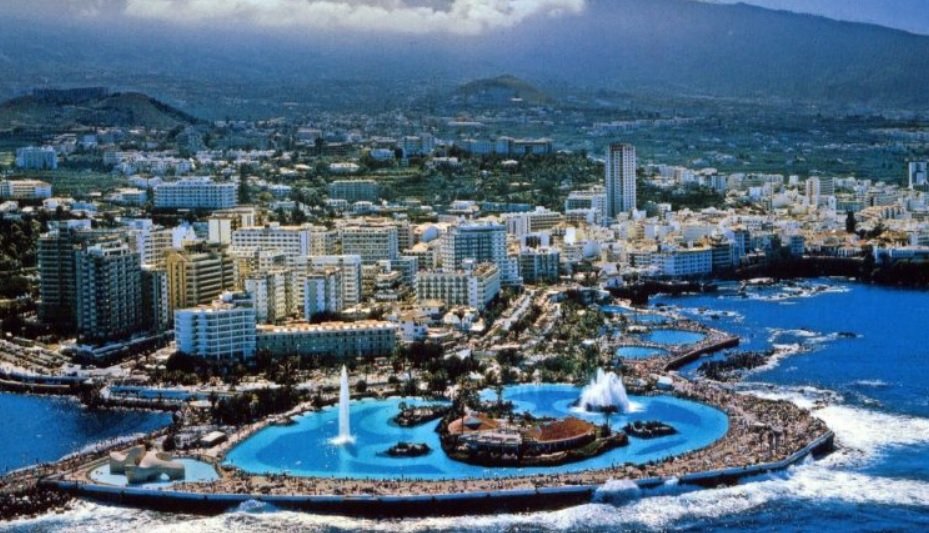 Gay Friendly Accommodation
Upmarket:  HOTEL BOTANICO & ORIENTAL SPA GARDEN (5 star) (Tripadvisor LINK)
Mid-priced:  APARTAMENTOS CASABLANCA (3 star) (Tripadvisor LINK)
Budget:  4DREAMS HOTEL (3 star)  (Tripadvisor LINK)
2.  SOUTH TENERIFE – Playa de las Americas
Whilst famous/notorious for its hedonistic ‘straight’ nightlife since the late 1980s, Playa de Las Americas has always had an established gay scene, although it has declined somewhat over the past 5 years. Most of the action centres around Veronicas and the Salytien Commercial Centres.
Gay Venues in South Tenerife
Opposite the Veronicas strip, the Playaflor Terrace Bar kicks off with early evening drinks in a lively mood with Moroccan style surroundings.
From 11.00pm, the scene moves across to Babylon Disco Gay Pub, located next to Papagayo Beach Club in CC Veronicas, which at the weekend features gogo shows, strippers, drag acts and other popular attractions.
Gay Friendly Beaches in South Tenerife
The beach and promenade adjacent to C.C. Salytien in Playa De Las Americas has always been a popular cruising spot, although less so today than in the past. Another popular area is located at the farthest end of Los Cristianos (Playa Las Callados), where you will find a rustic pebble beach setting that is popular for nude sunbathing and late night gay cruising. 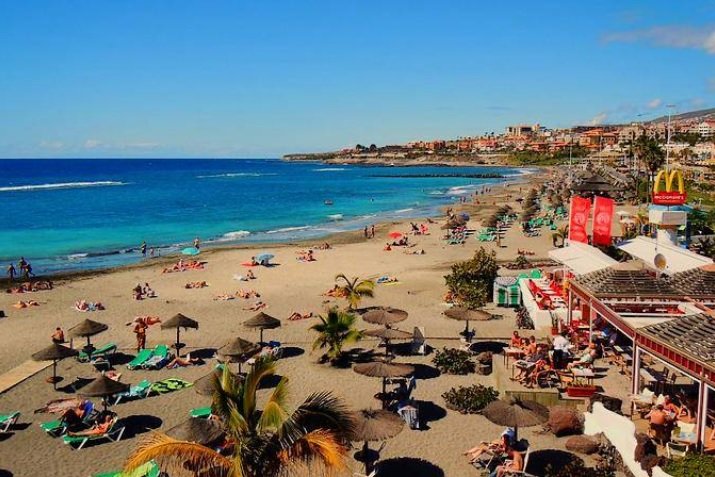 Further afield are the huge natural volcanic sand beaches of El Medano, where you will find a gay beach scene around the base of Montaña Roja, the Bocinegro coves and La Tejita beach, where nude sunbathing is permitted. At the other end of the resort is the popular Playa de la Pelada, famous for its ample supply of bronze-buttocked sunbathers.

Last updated: 21st July 2021 Do you need an official replacement copy of a Spanish Birth certificate, Death Certificate or Marriage Certificate? Official copies can be obtained via the Civil Registry (“Registro Civil”) and the process is surprisingly straightforward. Simply visit the following link to complete the online application form: https://www.registrocivil.es/info/santa-cruz-de-tenerife/santa-cruz-de-tenerife/ At the time of…

Obtaining Official Translations of Documents for use in Tenerife

Foreigners involved in personal or business transactions, or administrative or court proceedings in Spain are often asked to produce a document from their home country translated into Spanish. Such translations can sometimes be unofficial and prepared by anyone. However, in the majority of cases, where the recipient needs to be certain that the translation is…

Despite the negative effects of the Covid-19 pandemic on the property market as a whole, Tenerife’s property market is experiencing substantially increased interest in 2021. There are various contributing factors towards this uptick in interest. For some, it is simply a response to having suffered the negative experience of a prolonged period of lockdown in…