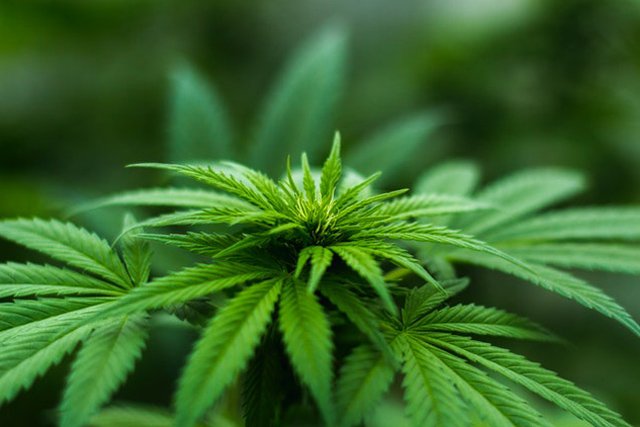 LOOKING FOR AN AMAZING BUSINESS OPPORTUNITY IN TENERIFE?

For more information on this rare and amazing opportunity, click HERE

One of the first questions expats and visitors to Tenerife often ask, is whether cannabis is legal in Tenerife. However, the answer is not quite so straightforward. We will try to summarise the rather complex (and grey area) rules below:

The good news is that when you are on private premises (e.g. a private home, a private cannabis social club, or anywhere else not accessible to the general public), the possession and/or consumption of cannabis in a quantity deemed reasonable for your personal use is legal.

Possession or consumption of a ‘personal use’ quantity in a public place, whilst not technically a crime, is classed a minor public offence infraction that can result in a fine plus confiscation of your stash, but NOT a criminal record.

Growing small quantities of cannabis in a private place strictly for your own personal use (or for the collective use of registered members of an official cannabis social club) is legal. However, there is no hard and fast rule as to what constitutes a ‘personal’ quantity. So if the police received a complaint from a neighbour or member of the public, and they considered that you had plants or cultivated product larger than justifiable for personal use, they could theoretically confiscate your plants and stash and leave the determination of your guilt to a Judge. If found guilty of cultivating or possessing a marketable quantity of cannabis, offenders can expect a typical prison sentence of 1 year upwards plus a heavy fine.

Tenerife has no shortage of cannabis social clubs, particularly in the popular tourist areas. However, the majority of such clubs operate illegally in one way or another, typically by peddling to the lucrative tourist market. Some don’t have the correct government licence to operate as a cannabis social club. Others haven’t obtained the correct Ayuntamiento (Town Hall) business trading licence (specific to the club’s premises). In some cases, they have obtained the two said licences, but then fail to meet the standards and requirements set by the Town Hall (street level premises, privacy from outside, minimum ceiling height, smoke extraction etc etc). Others break one or more of the ‘cardinal rules’ of cannabis social clubs (see below) that are certain to attract the attention of the authorities.

The sale of cannabis is STRICTLY PROHIBITED in any quantity, whether in public or in private. Those caught can expect jail time of between 1 – 3 years for a first offence, or upwards for repeat offenders. The only way to acquire cannabis legally in Tenerife is to be ‘dispensed’ the product as a registered member of a licenced and authorised outlet like a registered cannabis social club.

To get around the express ban on ‘selling’ cannabis, the authorised cannabis social clubs exploit a legal loophole whereby they are permitted to charge membership fees to their members, who in return gain membership of the club, which includes a designated cannabis ‘allowance’ each week or month. Hence, they are technically buying membership in the club, but not the product itself.

It is legal in Tenerife to buy, sell or possess cannabis seeds or other hemp products including CBD oil and cosmetics containing hemp, provided the supplier is properly registered and certified within the EU for the sale of such products.

5. The Difference between THC and CBD

A lot of confusion exists over the difference between THC and CBD extracts/products, although the two compounds are quite different.

THC is the compound that gives Cannabis its notoriety – and typical illegality – in many countries. The compound is responsible for producing the psychoactive ‘high’ sensation that users of Cannabis typically experience.

By comparison, the CBD compound produces no such ‘high’, resulting in it being legal in Spain and many other countries, provided its THC trace amounts are below 0.3%.

Whilst naturally occuring THC or CBD extracts and their potential medicinal benefits continue to be ignored or blocked by big pharma, there is now growing evidence as to the medicinal benefits of such products, even though they can only be marketed, at best, as a ‘food supplement’. Reported and documented benefits of the two compounds include:

6. How to legally obtain cannabis in Tenerife

For those not wishing to risk buying their stash illegally on the street or grow their own small quantities at home, the only legal way to obtain cannabis in Tenerife is to become a registered member of a cannabis social club.

7. How do Cannabis Social Clubs in Tenerife operate?

Whilst there are dozens of cannabis social clubs in Tenerife, many are operating illegally, either partially, or in some cases, blatantly.  Let’s review some of the key laws, regultations and/or Court-clarified guidelines applicable to cannabis social clubs, which will hopefully explain why many clubs attract unwanted attention from the police.

Due to the repeated refusal of the Spanish government to introduce any laws better defining permitted cannabis use or the operation of cannabis social clubs, some the above rules remain as ‘guidelines’, having been taken from comments made by senior criminal Judges in cannabis proceedings. However, certain rules, e.g. serving cannabis to minors, or serving alcohol from the premises, are a clear criminal offence. A club owner in Adeje was recently arrested after 5 minors were caught in his club in possession of cannabis obtained on the premises.

Other matters such as the permitted number of members per club, the quantity of cannabis each member may be dispensed and the rules governing cultivation and transportation of each club’s cannabis are legally undefined and hence are a grey area. However, clubs that follow the above guidelines as closely as possible are far less likely to attract the unwanted attention of the authorities than those clubs who flagrantly ignore the guidelines. Infractions can result in closure, fines and even substantial jail time for the club’s registered owners. However, the more reputable clubs at least try to follow the above rules as closely as possible whilst maintaining a good working relationship with members, officials and the police alike.

This article was prompted in part by a growing number of enquiries we are receiving regarding cannabis use and its availability in Tenerife. We will expand the article in time with a list of reputable Cannabis Members Associations in Tenerife.

At the time of publication, the only club we have reviewed in detail and vetted for legal compliance is ‘Bodhi Sativa / Urban Cream Collective’.  Located in the centre of Los Cristianos. Inaugurated in December 2020, we were personally invited to visit the club and review their Canarian Government Cannabis Members Association Licence, Arona Town Hall Business Opening Licence and Association Insurance, all of which are in order. The club itself adheres to strict rules and procedures and at the time of writing appears to be 100% legal.

Whereas many Cannabis Clubs in Tenerife are dark and dingy with a couple of IKEA sofas, a Playstation and Hip Hop grafitti on the walls, Urban Cream Collective is entirely unique in being the most opulent/luxurious Cannabis Members Club we have come across in Tenerife. The club features an Urban Industrial style decor with a welcoming ambience, luxurious furniture and some really cool features. At the time of writing, the club boasted 22 different varieties of cannabis, all of top quality, due to the club’s ‘Urban Melt’ collaboration with some of the island’s best cultivators, some of whom now cultivate exclusively for Urban Cream Collective’s members. The club also produces a select range of ‘THC edibles’ and has also managed to source THC vape pens and even Cannabis cigars! 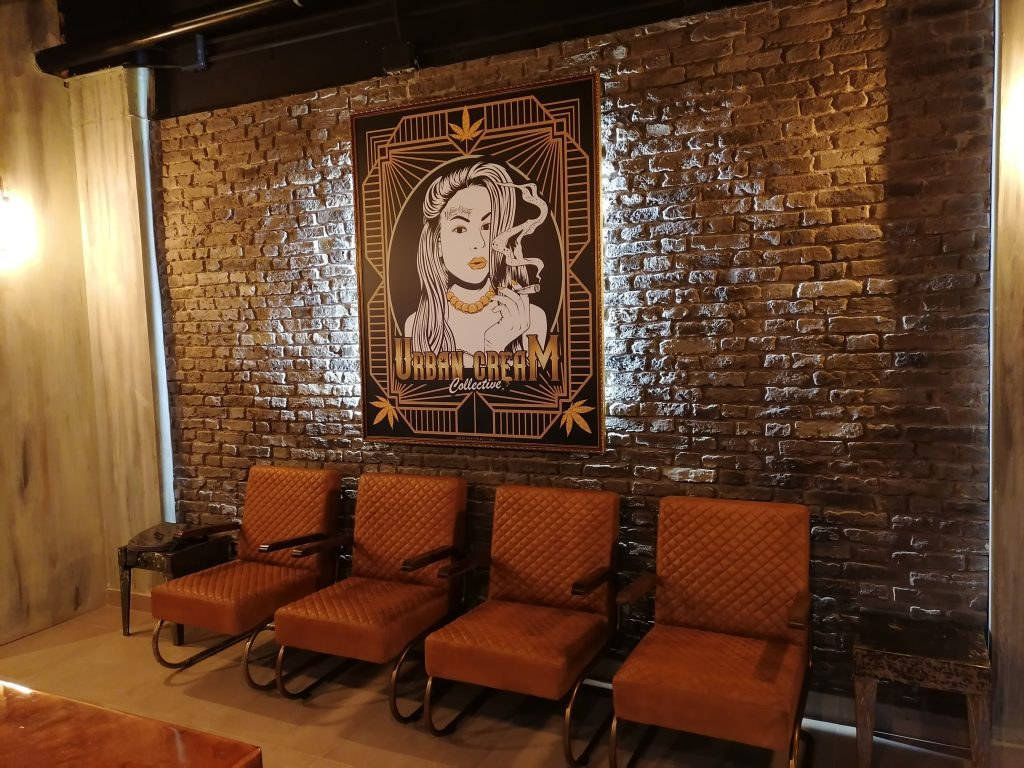 In addition to full THC cannabis products, the club’s associated shop stocks a wide range of CBD products, primarily CBD oils (in droplet, spray and capsule forms), CBD Body Butter and CBD Muscle Rub Relief Gel. All products are ecologically/organically produced in the EU, laboratory tested for quality and purity and are of unrivalled quality compared to other such products available in Tenerife. 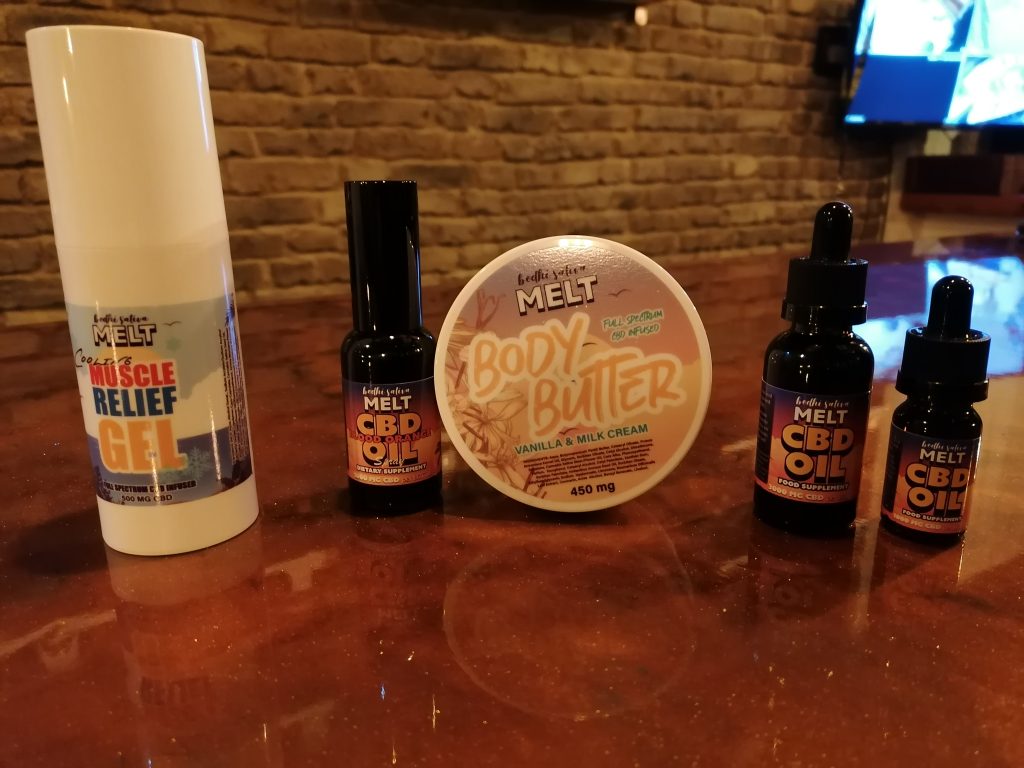 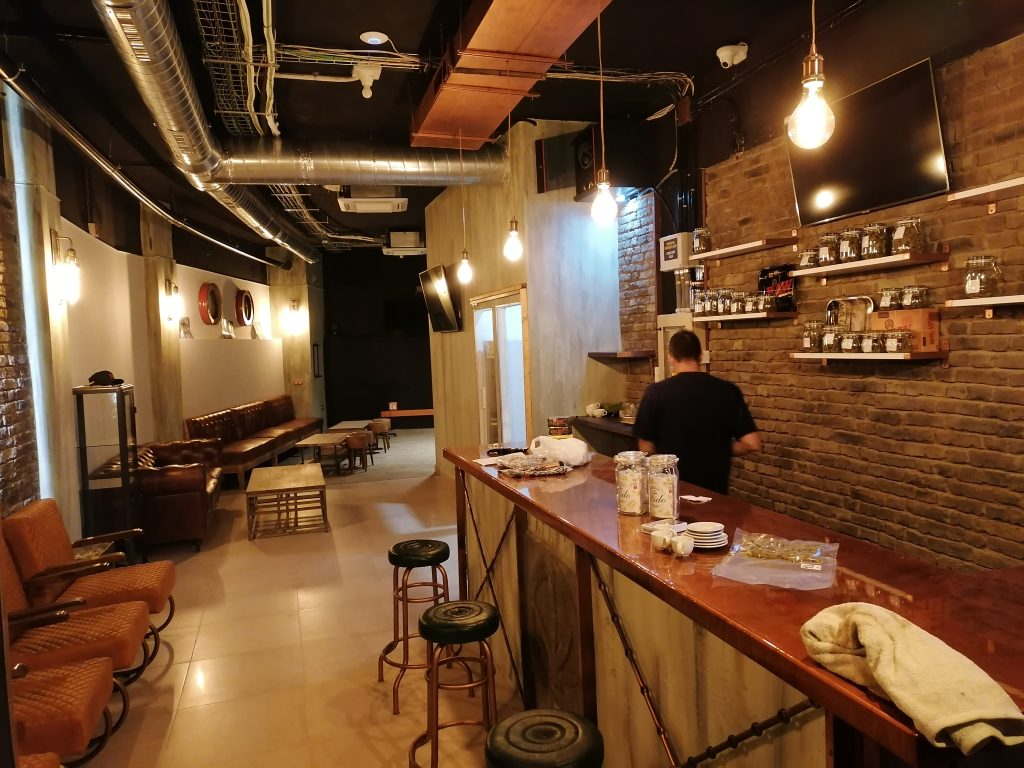 For more information on club membership or the shop’s CBD products, check out their website:  www.bodhisativa.es 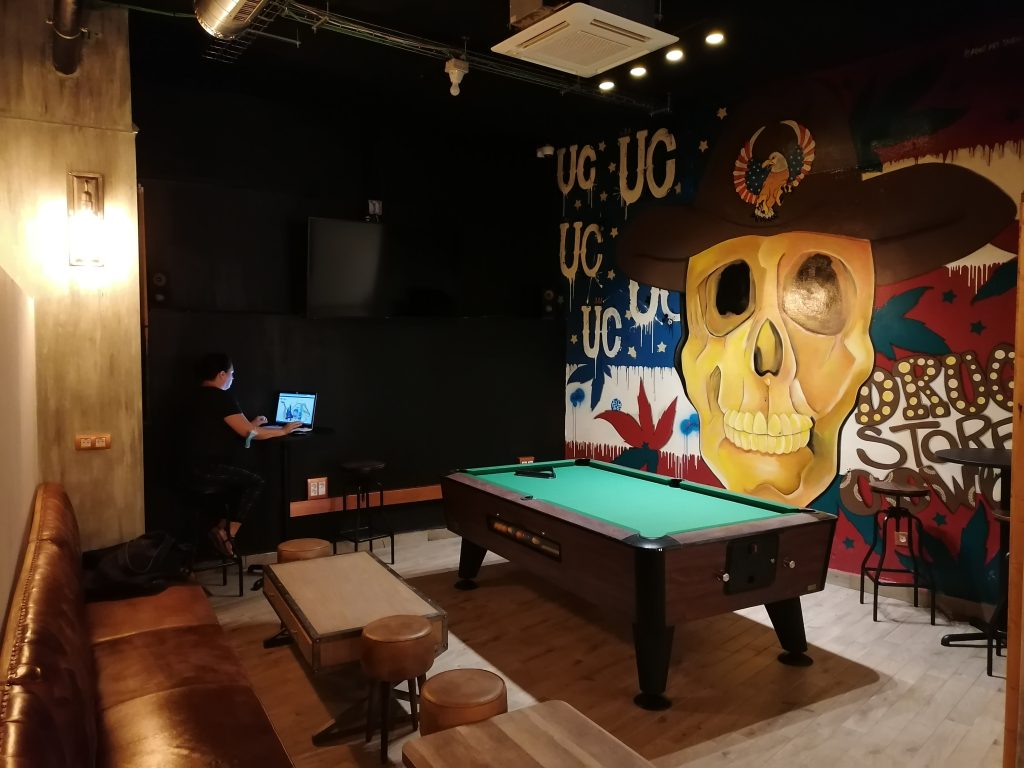 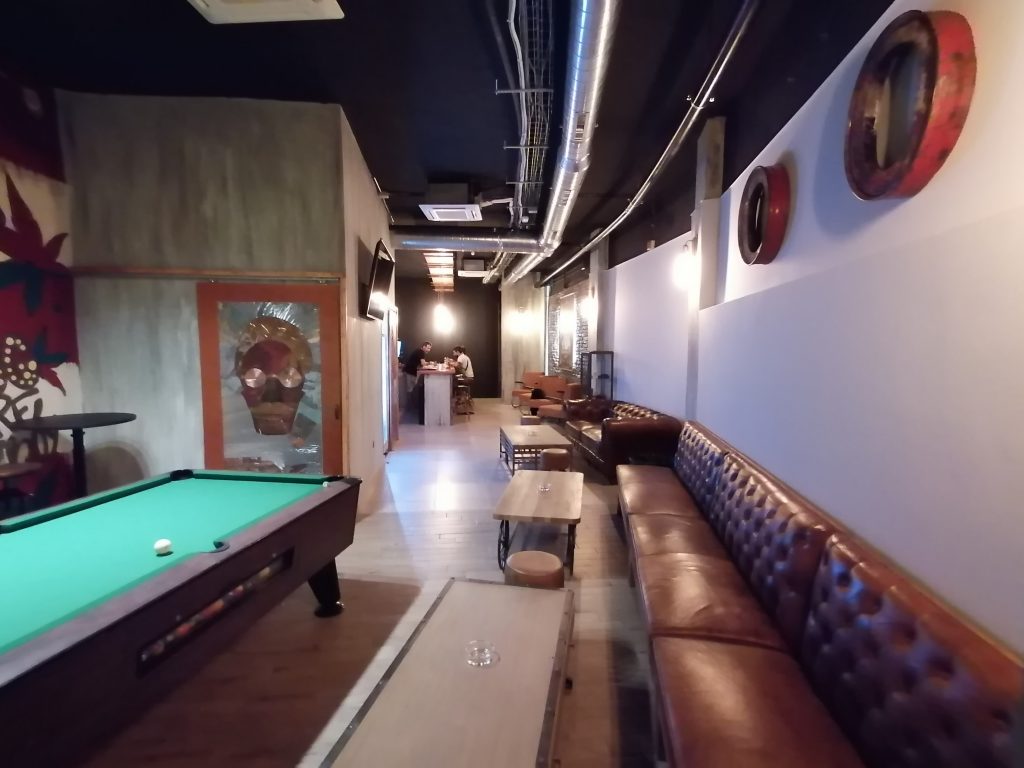 AMAZING AND RARE OPPORTUNITY – TRASPASO / RENTAL – Smokers’ Club / Association for sale in Los Cristianos. Conveniently located in a busy road near the church square in Los Cristianos and only 400m from the beach, this Smokers Association is 100% legal and is by far the most prestigious and impressive in Tenerife. This…

Last updated: 21st July 2021 Do you need an official replacement copy of a Spanish Birth certificate, Death Certificate or Marriage Certificate? Official copies can be obtained via the Civil Registry (“Registro Civil”) and the process is surprisingly straightforward. Simply visit the following link to complete the online application form: https://www.registrocivil.es/info/santa-cruz-de-tenerife/santa-cruz-de-tenerife/ At the time of…

Obtaining Official Translations of Documents for use in Tenerife

Foreigners involved in personal or business transactions, or administrative or court proceedings in Spain are often asked to produce a document from their home country translated into Spanish. Such translations can sometimes be unofficial and prepared by anyone. However, in the majority of cases, where the recipient needs to be certain that the translation is…