This is such a fast-moving area that it is almost impossible to provide continuously updated information.

Movistar (formerly known as Telefonica) sadly still holds an effective monopoly on the landline, ADSL and fibre-optic infrastructure. There are now resellers (e.g. Orange or Direct Telecom) offering landline and ADSL packages at typically better rates than offered by Movistar. However, Movistar still retain control of the physical  lines. Hence, when a reseller customer has a technical problem, the reseller simply calls up the Movistar technical hotline and where necessary, arranges for a Movistar appointed engineer to go and investigate or fix the problem.

Needless to say, Movistar are reputed to give preference to their direct customers over reseller customers. Hence, new customers need to carefully weigh up a potentially better package price and customer service in English against the potential alleged service advantage of going direct with Movistar. In most cases, price and extras included in the package will outweigh customer service considerations, given that one has to pay a bill every month, but hopefully doesn’t have to call out the technician that often!

Despite Tenerife recently bragging about its advanced internet infrastructure and aspirations about becoming the main data centre servicing the African continent, a disturbingly high number of landline customers are still stuck on low ADSL speeds with fluctuating consistency. Whilst Super-Fast Fibre-Optic is slowly being rolled out across the island, its introduction has been painfully slow and way behind many other developed countries.

To make matters worse, numerous ADSL customers (including Tenerife Guru!) are currently complaining about their ADSL speed being noticeably downgraded since the introduction of fibre-optic in their area. Typical reductions appear to be from a previous 6Mb down to anywhere from 0.6Mb to 3Mb. Movistar are either denying any reduction in bandwidth, or in some instances, blaming it on the relocation of certain junction boxes. However, cynics say that this is a deliberate ploy by Movistar to ‘motivate’ customers to upgrade to fibre-optic.

Those with ordinary landline ADSL can go online at Movistar’s site below to check if Fibre-Optic is currently available at their location:

For those who don’t have a landline phone or for whom ADSL isn’t available in their location, other options for getting online include 3G or 4G mobile internet via a sim card device (subject to contract and availability), a Wi-Fi connection in a bar, cafe, restaurant or hotel, or even a visit to an Internet/Phone/Photocopy Shop (known as a ‘Locutorio’ in Spain). Direct Telecom are also currently offering a ‘Skywire’ service with 10Mb or 20Mb speeds available, provided you have a direct ‘line of sight’ to certain prominent landmarks where their transmitters are located.

Mobile phones are so common these days that public phone boxes/kiosks are few and far between and are mainly used by those from far-flung countries in South America or Asia where calling to/from a Spanish mobile phone would be prohibitively expensive.

Mobile phones are widely available from a variety of shops and outlets. As in most countries, the main options are to take out a contract, or to ‘pay as you go’. Obtaining a contract in Spain is unsurprisingly more complicated than in some countries. You will have to present your passport or National Identity card, your NIE or Residencia card and your bank account details. Tariffs in Spain are generally considered to be more expensive and less generous than in most northern European countries such as the UK, Ireland or Germany but there are so many tariffs and options that it is sometimes hard to generalise.

Pay as you Go sims are particularly popular with short-term visitors such as tourists or family visitors or with those who haven’t yet obtained a NIE number, or for those whose credit history isn’t perhaps the best. Tariffs are typically (but not always) higher than under a contract. Most operate on a pre-pay basis, whereas you can either top up manually, or set a direct debit to automatically top up a fixed amount when your credit drops to a certain level.

Not all that long ago, the only real options for watching TV in Tenerife was to watch Spanish Free-to-Air TV, Spanish digital paid TV, British TV (BBC1, BBC2, ITC and C4) via an ariel signal/set-top box or British (and other) European channels via Satellite TV, a viewing card from the home country provider and typically a very large satellite dish to receive all the available channels.

Nowadays, satellite TV has seen a large decline, partly due to the drop-off of channels available in the Canary Islands via the southerly transmission footprint and also due to the proliferation of IPTV Internet Boxes.

IPTV Internet boxes come in a wide variety of types and packages, some legal, some illegal and some operating in a highly ‘grey’ area. These boxes hook up to your internet connection and TV and allow streaming of a wide variety of channels via Internet Streaming Providers. Some legitimate ones provide the basic free channels such as one would get on UK Freeview. Others provide access to illegal streams showing virtually every channel known to man, including on-demand movies, subscription sports and even pay-per-view boxing. Providers recoup their money by charging for the box and some also charge a monthly subscription fee at a fraction of the cost of subscribing to the relevant channels legally. Notwithstanding the legality or otherwise of the offerings, the quality available via an IPTV box is generally more limited. Picture quality ranges from fairly good to downright unwatchable. Streams often freeze and buffer depending on the internet connection speed or the popularity of a particular program. Also, most of the IPTV boxes offer more limited features to a full legal subscription, e.g. few or none offer interactive programme guides, recording and reminders, pausing/back-up, series links, on-demand services etc etc.

However, for those seeking a wide variety of international channels on a budget, IPTV boxes or online streaming are definitely an option to consider, subject to legal considerations!

Paper based newspapers are not what they once were in Tenerife. However, the main players still have a paper offering, available in multiple shops, bars, hotels and outlets, including:

There are literally hundreds of websites and social media pages offering information about Tenerife. However, in our opinion, none offer a comprehensive one-stop-shop for information like Tenerife Guru! 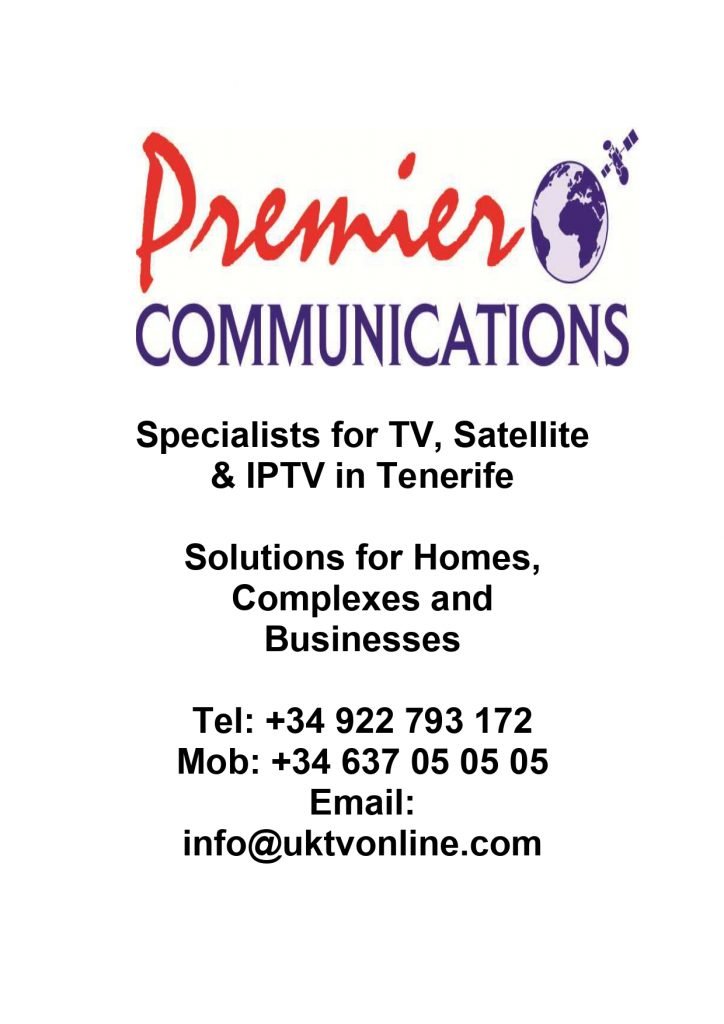