Located at approximately 28 degrees north of the equator, Tenerife enjoys a wonderful sub-tropical climate with daily high temperatures topping 20°c (68f) almost every day of the year. Moderated by consistent north-easterly trade-winds, temperatures and humidity are slightly lower than one would expect at a similar latitude to Tampa Florida, Sharm El Sheik Egypt and the Sahara Desert. As a result, summer temperatures along the south coast rarely exceed 30°c (86f).

The imposing mountain creates a ‘Rain Shadow’ effect. As a result, the South of the island is dry and arid. The north of the island receives far more rain, particularly on the northern slopes more than 500 metres above sea level. Visitors to the mountain are often fascinated by the ‘Sea of Clouds’, a weather phenomenon where humid trade winds from the sea condense as they traverse the island and mix with dry, warmer air at around 1600 – 1700m altitude. In the winter months, it is not uncommon to see Mount Teide covered in snow.

Combined with the varied topography, the island enjoys a surprising number of micro-climates. Today, the majority of sun-seeking tourists head to the drier and warmer south of the island. Santa Cruz, the capital city of Tenerife located on the north east coast doesn’t have a dramatically different climate to the south, but climb away from the coast and the weather changes drastically. Despite being only a few kilometres apart, La Laguna, the historic capital of the island enjoys a mean temperature of only 16.5°C and a substantially higher rainfall whilst the mean temperature in Santa Cruz is 21.2°C and almost as dry as the south.

The Astronomical observatory at Izaña enjoys the most hours of sunshine with an average of 3433 hours per year. 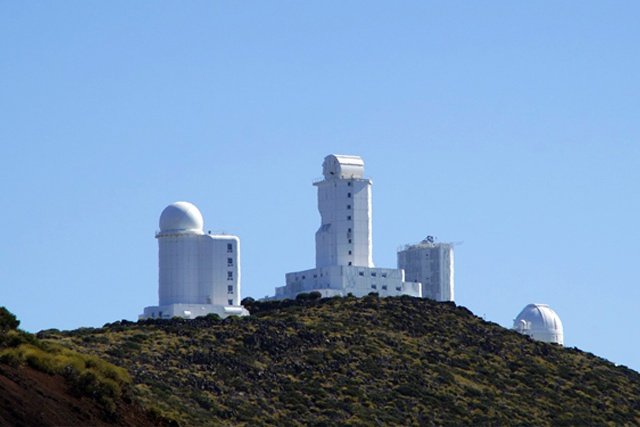 Being close to the Western Sahara, Tenerife occasionally experiences a ‘Calima’, which is a fine red dust suspension blown across the Atlantic from the African deserts, although the more easterly islands are the most affected. Temperatures typically soar by anywhere from 3 – 10°C and the dust creates a smog/fog effect. Calimas typically blow away within 2 – 4 days. For most visitors and residents, they are little more than a passing annoyance resulting in dusty cars and tables, but they can cause problems for those with respiratory conditions.

However, an occasional dust suspension is a small price to pay to enjoy probably the best climate on the planet. The Canary Islands have almost no extreme weather conditions. No hurricanes or tropical storms, no tornados, no significant earthquakes, no smog or significant pollution, no extremes of temperature or humidity, including one of the lowest differentials between daytime and night-time temperatures of anywhere on the planet. It is easy to see why Columbus nicknamed Tenerife “the Island of Eternal Spring”.

The result of such an enviable climate is clear to see. Happier, more outgoing people, a healthier outdoor lifestyle with less TV and more sports, recreational and social activities, lower energy bills (most homes along the south coast don’t require heating, even in winter ) etc etc. And it’s possible to fire up the barbeque almost every day of the year!