Getting Divorced or Legally Separated in Tenerife 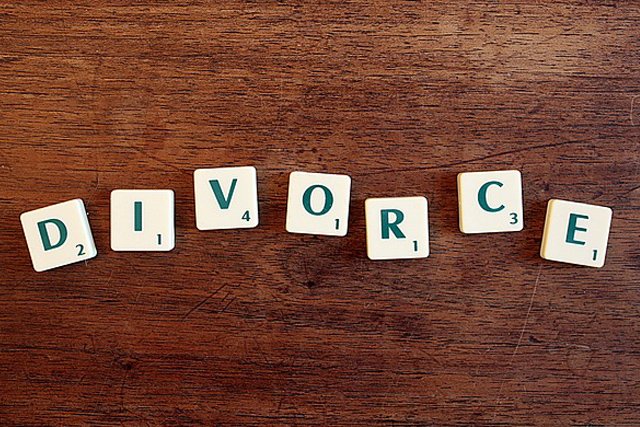 According to official figures, over 35% of marriages among British partners are destined to end in divorce and that figure appears to be rising year on year.

Although there are no precise figures available for divorces amongst UK expats, it is anticipated that the number may be even higher. Whilst some married couples believe that living abroad will enrich their lives, a number of factors, such as finding work, living costs, missing family and friends, language difficulties or even just plain homesickness can test even the most sturdy relationships.

In many cases, one or other partner may think about applying for divorce. But who should apply for the divorce, and where?

A scenario common among foreign married couples that separate whilst living together in Tenerife is for one partner to move back to their home country of nationality. whilst the other party stays in Tenerife. Where the marriage cannot then be reconciled, one partner will eventually look to get the ball rolling with a legal divorce. But where both partners are now living in different countries, which country should proceedings be commenced in?

For an EU citizen to apply for divorce or legal separation in either one’s home country or in Spain, the only requirement is for one of the two partners to be ‘habitually resident’ in the country where proceedings are commenced.

This is governed by Council Regulation (EC) 2201/2003, also known as (“Brussels II bis”). The full regulation can be found HERE (in multiple languages). The relevant section is Paragraph 3(1).

So, for an English, Scottish or Irish couple, where one partner is living in Spain and the other is living in the home country, either could commence proceedings in the home country or in Spain. The definition of ‘habitual residence’ for an EU citizen typically requires one party to have been living in the relevant/chosen country for 6 months continuously prior to commencement of proceedings.

However, proceedings are sometimes allowed sooner where one party has more recently relocated back to the U.K, depending on the circumstances. Domicile (which is different to ‘Residence’) by itself is NOT sufficient to prove habitual residence.

One important point to consider is that whilst there may be a choice of issuing proceedings in either Spain or the home country, once proceedings are issued in one country by one spouse, both spouses are then tied to the jurisdiction of that country and cannot later change to the other country. Hence, there is often a rush for each party to try and issue divorce proceedings in their preferred country. This is commonly referred to as ‘forum shopping’.

An English Solicitors with an office in both countries, TENERIFE SOLICITORS can seamlessly handle all aspects of a divorce, regardless of which country the proceedings are issued in. Furthermore, many U.K. solicitors are neither able nor qualified to handle a financial settlement or enforcement against Tenerife based assets, as they are not familiar with Spanish laws or procedures. Instead they typically choose to subcontract this to a firm based in Tenerife. TENERIFE SOLICITORS often receive instructions from U.K. firms for such work where the end clients did not realise they could have cut out the middle man and instructed TENERIFE SOLICITORS to handle the whole process directly.

To complicate matters further, there are differing rules as to the laws that must be applied to a foreign couple’s divorce in Spain. For a divorce issued in the U.K., the situation is simpler, as the U.K. courts will always apply English law to a divorce.

However, in Spain things are somewhat more complicated. Historically, the starting point was Article 9 of the Spanish Codigo Civil (Civil Code), which stated that where a couple getting divorced in Spain were of the same foreign nationality, then the laws of that nationality should be applied by the Spanish courts in their divorce.

However, the situation changed with the introduction of European Council Regulation 1259/2010

This regulation seeks to harmonise the application of potentially conflicting national laws for divorce and legal separation. The starting point under the regulation is that a separating or divorcing couple may agree the law applicable to their divorce or legal separation, namely the national law of either partner, or they can choose the law of the place where they last lived together as a couple. However, if no such agreement can be reached, then the applicable law will automatically be (a) the laws of the country where they both currently reside, or if they are now residing in different countries, (b) the country where they last lived together as a couple.

However, although this regulation covers an actual divorce itself, it doesn’t cover any of the things supplemental to a divorce (e.g. dividing up the matrimonial assets and financial settlement, or custody issues regarding children). Given that couples generally only fight over the money and kids and not over the actual ‘divorce’ itself, the regulation actually does very little to ‘harmonise’ divorce laws. Hence, most British or Irish couples getting divorced in Tenerife will still be subject to Spanish law.

So does that just lead us back to Article 9 of the Spanish Civil Code? Well, not exactly. The Regulation also disapplies all ‘Renvoi’ clauses such as Article 9, namely any clause which tries to ‘pass the buck’ from Spanish law to another country’s law. So at the end of the day, financial settlements and child disputes under a divorce in Tenerife will now almost always be subject to Spanish law, regardless of the nationalities of the divorcing couple.

Please note that this European Regulation doesn’t apply to divorce proceedings commenced in the UK, as the UK is not a signatory to the Regulation (hence the note above that the UK will always apply its own laws).

For more information on divorce or separation or to arrange a fixed fee consultation, please contact TENERIFE SOLICITORS here